The American Board of Orthodontics awards the 2018 Dale B. Wade Award of Excellence in Orthodontics to Dr. Jeryl D. English 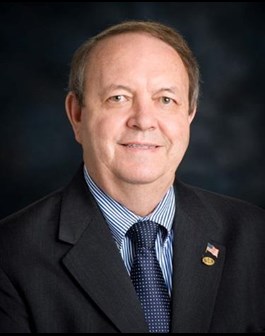 The ABO bestows this award upon an exemplary senior clinician and board-certified orthodontist who demonstrates exceptional dedication to orthodontics through clinical excellence and/or devoted teaching in the image of Dr. Dale B. Wade, a past president of the ABO.

Dr. English earned his doctorate in dental surgery from the University of Missouri-Kansas City in 1971, and received his orthodontic specialty certificate and Master of Science degree in oral biology from UMKC in 1976.

Dr. English served in the U.S. Army Dental Corps from 1971 until his retirement in 1995. His numerous assignments included commander of dental units in Operation Desert Storm, commander of the Pacific Dental Service Support Area and DENTAC-Hawaii, commander of DENTAC-Berlin, and orthodontic consultant to the chief of the U.S. Army Dental Corps at the Pentagon. His military awards include two Legion of Merit Medals, a Bronze Star Medal, three Meritorious Service Medals and an Army Achievement Medal.

In 2003, he began an eight-year term on the ABO board of directors that culminated with his service as president in the 2010-2011 year. He is a member of the Written Examination Committee and chaired the committee from 2005 to 2010; he has also been a clinical examiner since 2003.

He has been the recipient of numerous teaching, mentoring and research awards, including the University of Texas Regents’ Outstanding Teaching Award in 2012; he is the only orthodontist to ever receive this award. In addition, he received a special award for 50-plus published articles in AJODO. He has presented at numerous national and international meetings, published 128 refereed journal articles, 140 abstracts and 12 book chapters. In 2009, he published the orthodontic textbook Mosby's Orthodontic Review and the 2nd edition of this textbook in 2014.

“It is a tremendous honor to be recognized by the ABO as the recipient of the Dale B. Wade Award of Excellence in Orthodontics for 2018. I am thrilled, humbled and deeply honored to be selected to receive this award,” Dr. English said.

“Of the numerous events that influenced my professional career, ABO board certification and recertification has required a life-long commitment to clinical excellence by evaluation of completed cases. Becoming an ABO director in 2003 was one of the most significant events of my professional life, a truly life-changing event,” he added.