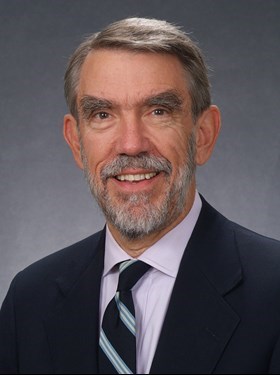 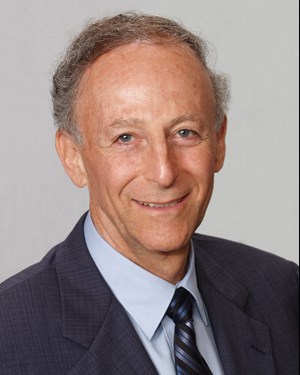 The ABO bestows this award to an exemplary senior clinician and Diplomate who demonstrates exceptional dedication to orthodontics through clinical excellence and/or devoted teaching in the image of Dr. Dale B. Wade, a past president of the ABO.

Dr. Hersheyof Chapel Hill, N.C., has served as a professor of orthodontics in the Department of Orthodontics at the University of North Carolina-Chapel Hill (UNC) since 1978. He has also served as the associate dean of academic affairs for the UNC School of Dentistry, vice chancellor for health affairs (CEO of the UNC Medical Center), UNC vice provost and interim provost, and consultant to the chancellor on health affairs. Since 1998, he has also been a professor in the Department of Health Policy and Management. He is a Diplomate of and examiner for the ABO. He is a fellow of the American College of Dentists, the International College of Dentists, the World Federation of Orthodontists and the Academy of Dentistry International. Dr. Hershey has received the Arthur R. Weurhmann Prize from the Academy of Oral and Maxillofacial Radiology, the Dean’s Excellence Award in Teaching (UNC) and the Distinguished Alumnus Award from the University of Iowa. The Southern Association of Orthodontists named him Pioneer of the Specialty in 2009. He has also received several UNC Teaching Awards and Faculty Teaching Awards. He currently serves on the editorial review board of the American Journal of Orthodontics and Dentofacial Orthopedics and the editorial boards of the American Dental Association (ADA) Continuing Education Online and The Angle Orthodontist. He is a consultant to the ADA Council on Dental Education and Licensure, a consultant to the Commission on Dental Accreditation and a commissioner for the National Commission on Accreditation for the American Psychological Association. He also serves on numerous national boards, commissions and committees in health care and higher education.

Dr. Hershey indicated he is honored to receive this award named for such an influential educator within the specialty of orthodontics and emphasizes his respect for the efforts of the ABO to increase the number of board-certified orthodontists.

“Dale Wade was a remarkable professional who continues to leave a positive imprint on our specialty,” Dr. Hershey said. “His legacy continues through the students he taught at The Ohio State University and the colleagues he influenced while a member and president of the American Board of Orthodontics.”

Dr. Hershey noted the recently redesigned certification process authored by the ABO has generated renewed interest in certification and is having an impact on the quality of orthodontic care for orthodontic patients. “In particular, the concept of periodic recertification is a remarkably positive influence on all of us to continue to be lifelong learners, one of the hallmarks of a responsive and competent professional,” he said.

Dr. Justus of Mexico City, Mexico, received his MSD in orthodontics from the University of Washington in Seattle in 1968 and has been in private practice in Mexico City since 1968. He has been a Diplomate of the ABO since 1990 and recertified in 2001. He has served as a professor of undergraduate orthodontics at the Technological University of Mexico since 1973 and is also the professor and director of research in the Graduate Department of Orthodontics at the Intercontinental University, a position he has held since 1990. He is the founder of and examiner for the Mexican Board of Orthodontics, and he has served as an examiner/consultant for the ABO Clinical Examination since 2002. Dr. Justus is the president of the World Federation of Orthodontists and is the past president of the College of Diplomates of the American Board of Orthodontics and the Foundation of the College of Diplomates of the American Board of Orthodontics. He received the 2002 National Orthodontic Excellence Award from the Mexican Association of Orthodontists and the 2007 Dentistry Distinguished Professor Award from the Technological University of Mexico. Dr. Justus has published 26 scientific papers in orthodontic and research journals and chapters in three orthodontic textbooks, among other projects. Dr. Justus served as the associate editor of the WFO Gazette and the guest editor of the March 2010 issue of Seminars in Orthodontics.

Dr. Justus is also honored to receive this award.

“I met Dr. Wade at the 1990 annual CDABO meeting in Colorado Springs. Never in my wildest dreams did I ever imagine I would receive an ABO award, and even less with the name of Dr. Dale B. Wade, a widely respected and revered figure,” Dr. Justus said. “I am deeply honored. I also appreciate the ABO’s trust in me as an ABO examiner. Being an ABO examiner has been a huge honor for me. I really believe that board certification is a major contributor to elevating the standard of orthodontic practice, so I congratulate both the ABO and CDABO for their efforts to encourage all orthodontists to become certified and recertified.”