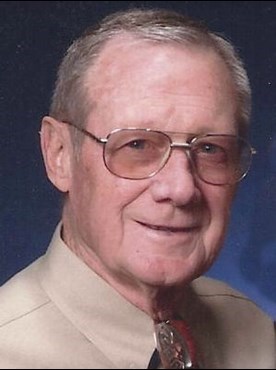 “I first became acquainted with Dr. Bills years ago through the Rocky Mountain Society of Orthodontists (RMSO) and have always been impressed with his dedication to orthodontics, which he demonstrated with his service and initiative,” said Dr. Marvin Kastrop, the 2012-2013 president of the ABO. “His leadership, dedication and vision were outstanding in the RMSO, ABO, the Edward H. Angle Society, and local and state dental organizations. Dr. Bills is a true giver to others in his personal life and dental profession.”

Dr. Bills was involved with the ABO for many years. He has been a diplomate of the ABO since 1970 and has been a member of CDABO since 1984. In 1990, he was elected to serve as a director for the ABO, where he represented the RMSO. He served as president of the ABO from 1997 to 1998. He is also a past examiner for the ABO Clinical Examination.

“My years of service with the ABO were most certainly a highlight of my career,” Dr. Bills said. “It was an enjoyable experience that allowed me to work hard for a profession I love. I truly appreciate this award.”

In addition to his service with the ABO, he is a past president of the Northern Arizona Dental Society, the Arizona State Board of Dental Examiners, the Angle Southwest Component of the Edward H. Angle Society of Orthodontists, the International Interdisciplinary Study Group, and the RMSO. Dr. Bills served as treasurer for the Edward H. Angle Society of Orthodontists for 14 years. He is also a charter and founding member of the Arizona Orthodontic Study Group, and a fellow of the International College of Dentists.