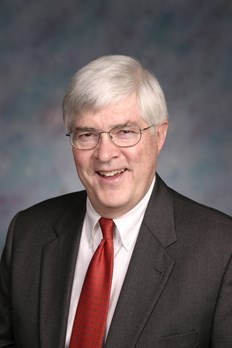 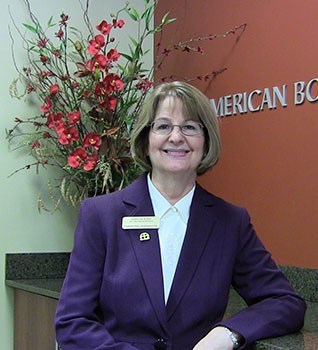 The Earl E. and Wilma S. Shepard Distinguished Service Award was established to perpetuate Dr. Earl Shepard’s outstanding accomplishments and to show appreciation for his many contributions as the first executive director of ABO and those of his wife, Wilma, who was highly involved with her husband’s efforts to fulfill the ABO’s goals. This award recognizes an individual for outstanding dedication and advancement of the ideals and mission of the ABO.

“This year we are recognizing two individuals who have had a tremendous impact upon the ABO,” said Dr. Barry Briss, the 2011-2012 president of the ABO. “When considering individuals to be honored for this year, we felt it entirely appropriate to recognize one of our own. Christine Eisenmayer, our executive secretary, is an individual who has devoted more than 13 years to ensuring that the ABO achieves its goals, its ideals and its mission. Dr. Moffitt is also someone who has given tirelessly to the ABO. He served as a director to the ABO for eight years and as the president. Even though this service is complete, he continues to assist with the Clinical Examinations and to promote board certification. Their efforts and dedication have made the ABO a better organization.”

Dr. Moffitt of Murray, Ky., has been in private orthodontic practice since 1974. He is a past president of the ABO and a member of the College of Diplomates of the American Board of Orthodontics. He also serves as an examiner for the ABO Clinical Examinations.

“As an orthodontist, I have been a proponent of orthodontic practitioners becoming board certified,” Dr. Moffitt said. “This certification is a demonstration to the public the specialty serves that an orthodontist is willing and capable of providing a level of care that meets appropriate standards established by the specialty.

“I have been privileged to serve the specialty and the public as a director of the ABO for eight years, as well as through continued involvement in the Clinical Examination process. The ABO directors’ recognition of me and my efforts in advancing certification for orthodontists is undoubtedly the highest achievement of my professional career. I am truly honored.”

Ms. Eisenmayer of St. Louis, Mo., has served as the executive secretary of the ABO since 1999. She first joined the ABO staff in 1997 as the registrar/exam coordinator. Over the years, she has been instrumental in doubling the number of ABO Diplomates. She also oversaw and coordinated the building of the new ABO Exam Center in St. Louis. The ABO held its first Clinical Examination in the Exam Center in November 2010.

Ms. Eisenmayer attended Missouri State University and pursued a successful career in advertising prior to joining the ABO. She worked for three advertising agencies and eventually started her own agency, Graphics/Eisenmayer and Associates, Inc., which assisted such clients as Mercantile Bank, Banquet Foods and Southwestern Bell. Through her agency, she employed designers and writers, and served as the account executive and office manager.

Through the years, the ABO has benefited from Ms. Eisenmayer’s business and customer-service experience, as well as her ability to provide creative solutions to various issues.

“My husband, children and grandchild are the best things that ever happened to me, but being hired by the ABO and receiving this award are a close second,” Ms. Eisenmayer said. “This award is an honor I will cherish forever.”