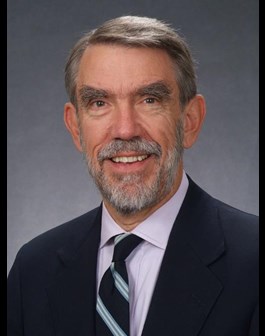 The O.B. Vaughan Special Recognition Award recognizes an individual who has significantly contributed to orthodontic education and furthered the ideals of the American Board of Orthodontics (ABO). The award is named in honor of Dr. O.B. Vaughan, an ABO past president.

Dr. Hershey has had a long and distinguished career as a professor of orthodontics and an administrator for the University of North Carolina at Chapel Hill.

His first administrative position came in 1975 when he was appointed associate dean for academic affairs and director of graduate education for the UNC School of Dentistry. In 1983, he was named vice chancellor for health affairs for the university, responsible for operations of the academic health center including the schools of dentistry, medicine, nursing, pharmacy and public health. He continued in this position through 1997, then was a consultant to the chancellor on health affairs from 1997-2008.

He was recognized as the University of Iowa dental alumnus of the year in 2000, and he received the university’s Distinguished Alumni Hickerson Recognition Award in 2010.

Dr. Hershey was first certified by the ABO in 1981 and serves as an examiner. The ABO presented him with the Dale B. Wade Award of Excellence in Orthodontics in 2011.

He currently serves on the editorial review board of the American Journal of Orthodontics and Dentofacial Orthopedics and the editorial boards of the American Dental Association (ADA) Continuing Education Online and The Angle Orthodontist. He is the orthodontic commissioner and serves as the orthodontic consultant for CODA, the Commission on Dental Accreditation. He also is a member of the National Commission on Accreditation for the American Psychological Association. He serves on numerous national boards, commissions and committees in health care and higher education.

On receiving the award, Dr. Hershey said, “O.B. Vaughan was a role model for many of us in the ABO family, so this award carries a very positive, special, and personal meaning for me. Like the ABO itself, Dr. Vaughan was committed to elevate the quality of orthodontic care for the public and lived his life to do just that.”