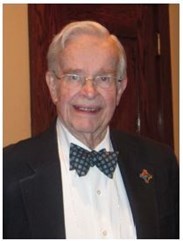 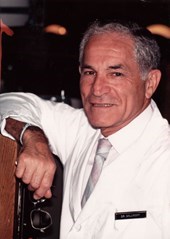 The O.B. Vaughan Special Recognition Award is named in honor of Dr. O.B. Vaughan, an ABO past president. The ABO established this award to acknowledge those who have made significant contributions to orthodontic education and furthered the ideals of the ABO.

In 2014, Dr. Baldwin, retired from 58 years of continuous service as a part-time professor of orthodontics and member of the graduate faculty at the Indiana University School of Dentistry in Indianapolis. He also held a part-time appointment at the University of Illinois-Chicago School of Dentistry. In addition, Dr. Baldwin served as a referee for the American Journal of Orthodontics and Dentofacial Orthopedics and The Angle Orthodontist.

Dr. Baldwin has received many prestigious awards, starting with his membership in the Phi Beta Kappa Society. More recently, he was awarded life membership in the Omicron Kappa Upsilon National Dental Honor Society and was selected as the Honor Dentist of the Indianapolis District Dental Society. In May 2000, the American Association of Orthodontists Foundation presented Dr. Baldwin with the Louise Ada Jarabak Memorial International Teachers and Research Award. Dr. Baldwin also received the Dale B. Wade Award for Excellence in Orthodontics from the ABO in 2006. He has been a Diplomate of the ABO since 1966.

In the mid-1950s, Dr. Baldwin introduced Dr. Charles Burstone to the physical principles of statics and equilibrium. From this foundation, they jointly derived the original principles for orthodontic biomechanics, which was presented to the Angle Midwest Component of the Edward H. Angle Society of Orthodontists in 1960. Recent publications and textbook chapters include Pre- Prosthetic Alignment of a Compensated Class in Malocclusion in a Partially Edentulous Adult, Case Studies in Orthodontics 2000; and Adjunctive Orthodontic Therapy: Biological, Mechanical and Treatment Considerations, Textbook of Orthodontics, SE Bishara 2001.

Dr. Sklaroff, who has been a member of the American Association of Orthodontists since 1951, joined the graduate orthodontic faculty at the University of Pennsylvania in 1952. At that time he was 30 years old, making him the youngest member of the faculty. A full professor since 1990, Dr. Sklaroff has lectured undergraduates, conducted seminars for graduate students, and held continuing-education courses for dentists and orthodontists. At 92, he is now the oldest member of the faculty and currently conducts three graduate seminars weekly.

Dr. Sklaroff is also a World War II veteran and served was a Captain in the U.S. Army Dental Corps.