The American Board of Orthodontics awards the 2014 Earl E. and Wilma S. Shepard Distinguished Service Award to Prudy Yerkes 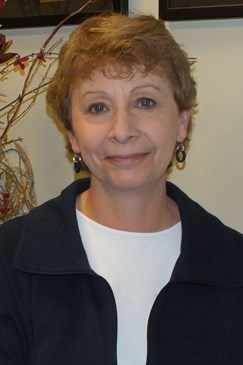 For the past nine years, Ms. Yerkes has worked for the ABO as the technology coordinator and as the project manager for the ABO Technology Committee. During her time with the ABO, she has managed the ABO’s information technology, including the central database, the ABO website and its online interactions.

“In serving the American Board of Orthodontics, I have received the opportunity to offer the skills I have accumulated throughout my many years in the field of technology,” said Ms. Yerkes, who will retire in September. “It has been an honor to advance the ideals and mission of the ABO by integrating technology as a tool that supports, but does not control. It has also been an inspiration to work with such a dedicated group of professionals who love their specialty.”

During her tenure, the ABO website has evolved considerably and now allows for the electronic submission of case reports and digital records. Examination candidates may also register for examinations online. In addition, Ms. Yerkes created the specifications for and managed the changeover to a computerized grading system and reporting of exam results. Ms. Yerkes managed the website and database conversion in 2008, as well as the database conversion in 2014. She is responsible for testing all new systems before they are implemented.

Currently, she and the Technology Committee are working with software developers to achieve universal digital formats and to develop software tools aligned with ABO certification requirements. She has also developed a strategy to address operational issues and logistics associated with working with multiple software developers while maintaining a non-endorsement vendor policy.

Prior to her time with the ABO, Ms. Yerkes was a computer programmer for banking operations and for a heavy-equipment construction company. She also provided tech support and training to teachers in a local school district. She earned her bachelor’s degree from Temple University.