The American Board of Orthodontics awards the 2017 Albert H. Ketcham Memorial Award to Dr. Sheldon Peck 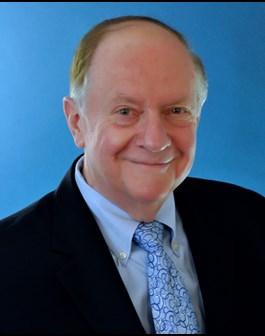 A student of history, Dr. Peck expressed elation to be chosen for the revered Ketcham Award. “Albert H. Ketcham was a true trailblazer, a technological wizard in the early days of orthodontics,” Dr. Peck said. “One hundred years ago, Ketcham introduced the application of diagnostic photography and radiology in orthodontics. What an honor it is to be forever associated with Dr. Ketcham’s name.”

Dr. Peck attended the University of North Carolina at Chapel Hill (UNC), where he earned a bachelor’s degree with Phi Beta Kappa honors and his doctorate in dentistry with Omicron Kappa Upsilon honors. He went on to study orthodontics at Boston University under Prof. Herbert I. Margolis, earning a master’s degree. He began his practice of orthodontics 50 years ago, first in partnership with his late brother, Dr. Harvey Peck, and then with his wife, Dr. Leena Peck. He retired from active practice in 2001 and has continued his university teaching and research activities since. He was involved in postdoctoral orthodontics as clinical professor of developmental biology at the Harvard School of Dental Medicine until 2010, and, since then, he has been adjunct professor of orthodontics at UNC. Dr. Peck is well-known for his orthodontic clinical innovations, his scientific publications (over 100) and lectures (over 100) in the United States and abroad. In addition to his contributions in orthodontics, Dr. Peck has scholarly interests and publications in the fields of biological anthropology, art connoisseurship and the history of medicine and dentistry. He is an associate editor of The Angle Orthodontist and the Journal of the History of Dentistry, and served as executive secretary for the Edward H. Angle Society of Orthodontists (EHASO) for 14 years.

In recognition for his valued contributions to the specialty, Dr. Peck has received numerous awards, including the coveted Harvey Peck Memorial Award (2005) for high achievement and excellence in orthodontics and the 2009 Distinguished Service Award, both from EHASO; the 2011 Hayden-Harris Award from the American Academy of the History of Dentistry, the highest award for lifetime scholarly contributions to the field of dental history; the 2013 Frederick Moynihan Award from the Massachusetts Association of Orthodontists and the 2015 Merit Award from the Orthodontic Education and Research Foundation, both for lifetime achievement in orthodontics. In 2016, he served as the Friel Memorial Lecturer at the 92nd Congress of the European Orthodontic Society.

Dr. Peck’s avocational pleasures include studying and collecting European old-master artwork. He and his wife recently donated $25 million worth of art and endowments, including seven drawings by Rembrandt, to the Ackland Art Museum at UNC. The gift included 134 rare works by primarily 17th-century Dutch and Flemish artists, collected by the Pecks over decades, as well as additional funds for a curatorial position, conservation, digitization, cataloguing and exhibition of the Peck Collection, and to purchase European and American artwork created before 1950. The gift is “transformational” for the museum, said its director, Katie Ziglar, during an interview with the New York Times. Dr. Peck has said that the same attention to visual detail that he has honed in orthodontics has served him well in his analytical art studies and discoveries.

A segment of their collection was featured from 1999 to 2001 in the traveling museum exhibition, “Fresh Woods and Pastures New, Seventeenth-Century Dutch Landscape Drawings from the Peck Collection,” originating at the Ackland Art Museum. In 2003, a second exhibition was mounted of “Rembrandt Drawings: Twenty-Five Years in the Peck Collection.” Both exhibitions were accompanied with detailed illustrated catalogues.

Dr. Peck enjoys spending summers with his wife and children at their family cottage in the woods of Finland.